My children have Russian names, I adore the work of Russian painters and have filled our home with items that have Russian designs. Ranging from an old Russian Samovar, to books, to all sorts of odds and ends, my collection of the Russian Legends series whether on plates or lacquer boxes is one of my most cherished collectibles.

The 1988 RUSSIAN LEGENDS series of limited edition decorative plates was the first collectors plate series ever produced in Russia. The twelve-plate series depicts famous Russian legends and fairy tales. They are patterned after the designs and style found on Russian lacquer boxes from the village of Palekh.

The plates were produced with 16-17 layers of pigments and in 18kt gold on hard fired porcelain. The firing period was limited to 195 days at the historic Vinogradoff Porcelain factory. Distributed for Tianex by the Bradford Exchange, each plate was assigned an individual Bradex number. The plates are 7 1/2" (19cm) in diameter. The reverse side is written in Russian describing the title, story and serial number. Each plate came in a custom fitted box with a parchment-material single page certificate of authenticity in Russian, a three-sheet foldout in Russian and a two-sheet foldout in English. The last document defines the subject, talks about the artists, gives a history of the legend and talks about the production facility. The handouts are specific to each plate. 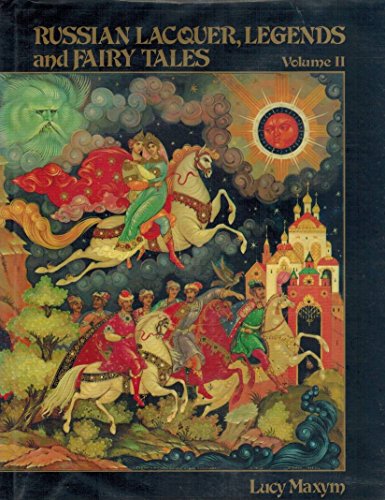 The plates, in order of release, are:

2. The Princess and the 7 Bogartyrs - Bradex 60-V25-1.2 Design by Aleksandr Ivanovich Kovalev

5. The Fisherman and the Magic Fish - Bradex 60-V25-1.5 Design by Nikolai Pavlovich Lopatin

7. The Priest and his Servant Balda - Bradex 60-V25-1.7 Design by Oleg Vladimirovich

If you are an avid blogger, you might have more than one blog on your Shopify site, which can be a bit cumbersome for fi
Read More
Back to blog
PREVIOUS *** NEXT
* “As an Amazon Associate, I earn from qualifying purchases.This page might contains affiliate links, therefore if you choose to purchase after clicking a link, I may receive a commission at no extra cost to you.” *